Malaysia and Indonesia on the route of Magalhães 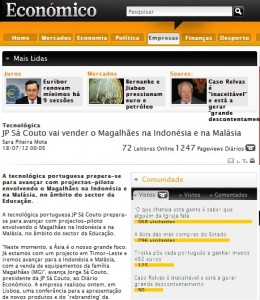 After the deal with East Timor, JP Sá Couto is preparing to sell Magalhães computers to Indonesia and Malaysia. According to Económico, Jorge Sá Couto pointed Asia as the next “big focus” of the manufacturer.