The adaptation of traditional media to the Internet is one of the challenging areas of mass media studies in the digital age. How to survive and maintain social relevance in a changed environment with ever increasing (both in numbers and variety) new forms of discourse production, and with substantial inputs from the people previously known as the audience is the key question for present day conventional media. Witnessing the consolidation of the so-called media 2.0 should lead these players – all of them created around unidirectional production logics and supports – to face the need to reconfigure their standing and to promote a thorough assessment of their content production; formats, distribution channels and interaction options must be entered into the new equation.

With almost a century of history (having in fact been considered the most prominent media of the 20th century), Radio also currently faces this need to rethink its place in the media environment and its relationship with the audience. With the advent of what has been called ‘Radio 2.0’, it is impossible to ignore the transfiguration of audio contents (production and dissemination), no longer in the exclusive hands of radio broadcasters, as is impossible to discard the mutation in the role of the conventional listener.

Given the technological potentialities, audiences demand participation, engagement and interaction. In fact, technology has allowed for the diversification and for the dispersion of audiences. Having been given the opportunity to manipulate, create and share information, via widely available and ever increasingly friendlier electronic tools, users in general and listeners in particular became potentially more active and participative. 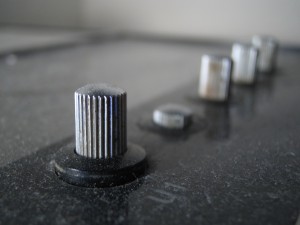 McLuhan’s description of Radio as a «hot medium» could very well be adapted to what is happening with the emerging multitude of ‘radio-esque’ web experiences, no longer bound by strict production rules, protocols, and even technical minimal requirements. Submitted to an «intense process of transformation and evolution of its essential elements» [MaC05], radio today faces the necessary task of  moving itself to the Web, to where potential listeners have also moved themselves and producing audio contents more in tune with this new environment.

The digitization in progress and the ample diffusion of Internet require an almost ‘clean-slate’ approach, with ample changes in reception devices and modes paving the way for major changes in content production. By reconfiguring notions of time and space and opening up spaces and channels for interaction, both the Internet and the possibility of audio-on-demand are forcing a reconfiguration of audio productions as discursive performances particularly concerned with the art of narrating.

Projecting a radio presence on the Internet on the basis of new narrative formats apt for an environment of greater interaction does not only imply considering a platform change, but also new uses and new practices.

on the one hand, to understand how traditional radios are responding to Web challenges, by observing the sound offer made available by the principal national radio stations on their own websites;
on the other hand, to investigate the effective audiences’ uses of audio products available online, as a way of questioning the vitality of radio in multimedia context.
Within an approach that takes into account the sociological matrix of the research group, the suggested research revolves around a double dimension:

A theoretical inquiry into the mutating nature of present day radio, into its relation with the daily practices of mediatic interaction and into the expected discursive characteristics of new narrative genres and formats suitable to new ways of listening. This work of conceptualization will collect contributions from Sociology of Media, Reception Studies and Semiotics.
An experimental dimension, as the team intends to develop and test proposals of audio contents suited to the strong presence of Internet in daily life, in such a complementariness between traditional hertzian broadcasting and webcasting. With a marked laboratorial nature, this dimension is particularly adjusted to these researchers’ motivations and professional background and is also especially articulated with ongoing teaching plans.