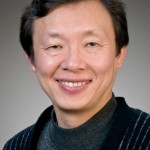 James H. Liu (Centre for Applied Cross Cultural Research, Victoria University of Wellington, New Zeland) is going to present a keynote entitled “Towards a Psychology of Global Consciousness: Mixing Market and Organic Metaphors”. James H. Liu describes himself as a “Chinese-American-New Zealander”. He has been conducting research in the field of cross-cultural and political psychology for more than two decades. Currently he is Professor of Psychology at Victoria University of Wellington, Deputy Director of the Centre for Applied Cross Cultural Research and President-Elect of Asian Association of Social Psychology (AASP). He was General Secretary of the AASP from 2003-2007, and Editor-in-Chief of the Asian Journal of Social Psychology, from 2008-2011. James H. Liu is internationally recognized in the study of social representations of history and the emergence of global consciousness. He is the author of more than 130 academic publications. He is now writing a book on “Global Consciousness: A Psychology of the History of World Making in the Last 500 Years”.

Janos Laszlo is professor of social psychology at the University of Pécs and at the Institute of Cognitive Neurosciences and Psychology of the Research Centre of the Hungarian Academy of Sciences. He is going to present the keynote entitled “Narrative Social Psychology” in the Closing Conference. His main research topics are narrative psychology, social representations theory and computerized content analysis.  His current research focuses on studying national identity through historical narratives. Janos Laszlo has published more than 100 papers and several monographs and textbooks on the above topics including Narrative approaches to social psychology (J. Laszlo and W. Stainton Rogers eds. 2002) Theories and methodologies in Societal Psychology (J. Laszlo and W. Wagner eds. 2003) and The science of stories (J. László, 2008). He has played leadership roles in several international scientific associations and of international scholarly journals including Journal of Cultural and Evolutionary Psychology and Scientific Study of Literature.