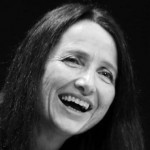 My research is concerned to address one of the most complex and vital issues of our age – the role the media play in the formation of identities and democracies and why and how people seek to change the world for socially progressive ends.

I begin from the standpoint that we still live in deeply unequal capitalist societies, driven by profit and competition operating on a global scale. We also live in a media dominated world with many different ideas and identities in circulation at any one time. We need to understand the former to appreciate the latter – the relation between individual autonomy, freedom and rational action on the one hand and the social construction of identity and behaviour on the other. To explore these themes and issues I am currently involved in two main strands of research:

I am interested in supervising students in the following broadly defined areas: the media and democracy; the political economy of media and cultural industries; media power; media and political resistance; new media and radical politics; voluntary sector, civil society and the media.

Investigating the Echo Chamber, Portland’s Deirdre Livingston interviews me about the effects on the world from our everyday lives to democracy.

You can hear me talking about some of the things that interest me here. Associate Professor in Sociology of Cultural and Communicative Processes, I carry out research on the way in which media – digital and otherwise – intersect with street protests and social movements. I am currently Principal Investigator of the BIT-ACT research project, which has received funding from the Starting Grant 2018 programme of the European Research Council. As part of the BIT-ACT project I investigate the creation and use of digital media by civil society actors to fight corruption. For more info on this research project, please visit the BIT-ACT website.

Past Research Interests and Projects